Antonio Joseph Mendez was a CIA intelligence officer, an author and an artist. He lived with his family and worked in his studios and gallery on his forty acre farm in rural Washington County Maryland. He was an award winning painter with an international reputation. His first book, The Master of Disguise; My Secret Life in the CIA, was published by William Morrow in November 1999 on the tenth anniversary of the Wall coming down in Berlin. Since that time he appeared on various national media across the United States, while traveling and lecturing regarding his CIA experiences. He appeared on Dan Rather Evening News, Charlie Rose, C-Span, CNN, Fox News Channel, Good Morning America, and Fresh Air, to name a few. His presentation for the Smithsonian Associates in Washington, DC was sold out to over 600 attendees.

Mendez was born in 1940 in Eureka, Nevada where his ethnically diverse family dated back six generations to the time before the gold rush. He moved to Colorado when he was fourteen, attending the University of Colorado, and worked as a plumber and an illustrator/tool designer for Martin Marietta where he was responsible for replicating electronic components for the Titan IIIC ICBM. In 1965 he was recruited in Denver through a blind ad to work as an espionage artist for the Technical Services Division of the Central Intelligence Agency in Washington D.C. Twenty months later he and his family moved to the Far East where they stayed for seven years while Mendez worked in the CIA’s technical operations in South and Southeast Asia.

For twenty-five years he worked under cover, often overseas, participating in the shadow conflicts in some of the most important theaters of the Cold War. His book chronicles many of these covert action and human intelligence collection operations. He tells about the most exotic applications of his specialty, making false documents and disguises for intelligence officers. He held various positions of increasing responsibility moving up to Senior Intelligence Service (SIS) executive rank over the course of his career. While Chief of Disguise and later as Chief of the Graphics and Authentication Division, he and his subordinates were responsible for changing the identity and appearance of thousands of clandestine operatives, allowing them to move securely about their business of spying. Nowhere was this more difficult than on the streets of Moscow where they succeeded in devising deception operations using disguise and illusion against the overwhelming forces of the KGB. Equally harrowing were the hundreds of rescue operations he and his comrades planned and executed to bring foreign agents and their families out of harm’s way. In January 1980 Mendez was awarded the Intelligence Star for Valor for single-handedly engineering and conducting the rescue of six U.S. diplomats from Iran during the hostage crisis. This rescue operation involved creating an ostensible Hollywood film production company, complete with personnel, scripts, publicity and real estate.

By the time Mendez retired in November 1990, the Cold War was over. He had been promoted to SIS-2, the equivalent of a two star General in the military. He had earned the CIA’s Intelligence Medal of Merit as well as the Intelligence Star and two Certificates of Distinction. In September 1997 on the fiftieth anniversary of the CIA, he was one of fifty officers, chosen from the tens of thousands who had worked at CIA over the years, awarded the Trailblazer Medallion. Mendez was proud to be in the company of Richard Helms, Allen Dulles and other luminaries in the Agency’s history. As DCI George Tenet wrote, “…the CIA Trailblazer Award recognizes and honors fifty CIA officers who by their actions, example, or initiative have helped shape the history of this Agency.” In October 2000 Mendez was awarded the Order of the Sphinx, which is the Inter-Allied Distinguished Service Cross for serving the Allied cause for freedom behind enemy lines.

He continued to act as a consultant to the U.S. Intelligence Community and published articles in their journals. He was invited on a regular basis to act as a keynote speaker for the CIA and DIA training courses as well as participating in the Distinguished Lecture Series of the Joint Intelligence College of the Department of Defense. He also regularly addressed World Affairs Councils and similar organizations across the United States. He and his wife Jonna were consultants and on the Board of Advisors for the International Spy Museum across F Street from the National Portrait Gallery in Washington DC and were technical consultants on the CBS Television series “The Agency,” which began airing in September 2001.

Mendez was involved in 22 different documentaries, including works for Discovery, Travel Channel, the Canadian History Channel, AMC and a PBS piece entitled “Escape from Iran; The Hollywood Connection,” which most recently aired marking the twenty-fifth anniversary of the Iranian Hostage Crisis. Two for Travel Channel include “Secrets of the International Spy Museum” and “Washington DC; City of Spies.” Work for Discovery Channel included a one-hour show entitled “The Master of Deception” which chronicled the espionage exploits of Mendez and his wife, Jonna, who was also Chief of Disguise and worked at CIA for twenty-seven years.

In addition to writing “The Master of Disguise“, Mendez and his wife Jonna completed another book entitled “Spy Dust” chronicling their intelligence exploits in Moscow during the last years of the Cold War and their budding romance which ended in marriage after Mendez retired in 1990. Both books are recommended reading for new recruits and are part of the curriculum for the intelligence community as well as several colleges and universities.

In 2013 a Hollywood film based on Mendez’s book about the rescue of six diplomats from Tehran in 1980 resulted in the film, titled “Argo,” winning an Academy Award for best film of 2013. The film was based on a book written by him and his wife, also titled “Argo.” Tony Mendez and Jonna Mendez recently completed their fourth book that will be titled “The Moscow Rules.” It will be released on May 21, 2019.

Mendez had four children and two grand children. After returning to painting full time in 1990 he had scores of exhibits in the U.S. and abroad, won many prizes and was represented by several galleries around the United States. The Washington DC Commission for the Arts purchased seven of his paintings of Washington DC for their permanent collection. 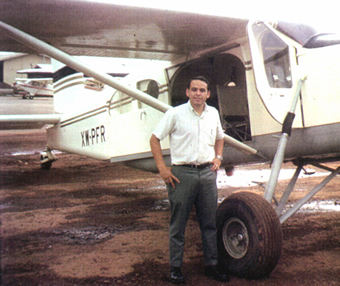 Antonio ready to board a Pilatus Porter for his first trip into enemy territory, Laos 1968. As a career intelligence officer in the murky field of espionage, Antonio moved the CIA’s most sensitive agents clandestinely through international borders in daring top secret exfiltration operations utilizing his skills in the art of deception and illusion, and creative use of disguise. 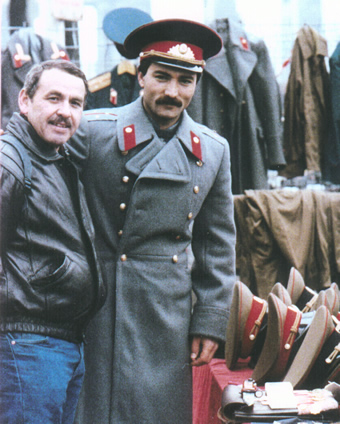 Christmas morning in Berlin, 1990: Antonio is purchasing items from the Soviet soldiers at the Brandenburg Gate where the wall came down November 9th one year earlier. 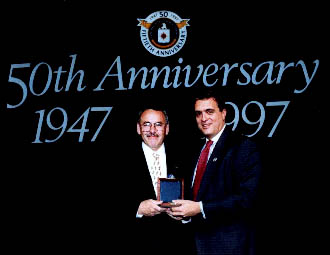 …I am very pleased to inform you that you have been selected as a “CIA Trailblazer” in this, our 50th anniversary year…Nominees were limited to those individuals – of any grade, in any field, and at any point in CIA’s history – who distinguished themselves as leaders, made a real difference in CIA’s pursuit of its mission, and who served as a standard of excellence for others to follow. …I hope you will accept this award as an expression of thanks from a grateful nation…

From George J. Tenet
The Director of Central Intelligence… 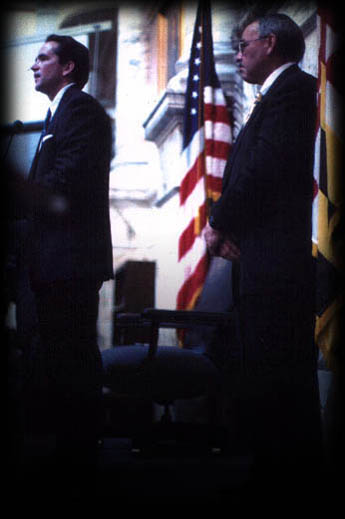