Jonna Hiestand Mendez is a retired CIA intelligence officer with over 25 years of service. When she retired in 1993 she had risen to the position of Chief of Disguise at the CIA. Since that time she has continued her career as a photographer, a consultant/lecturer and an author. She lived with her family and worked in her photo studio and the family gallery on their forty-acre farm in rural Maryland for 20 years. She and her husband, also a retired intelligence officer, are authors of several books: “Spy Dust“, a book about their work against the Soviets in Moscow during the last decade of the Cold War, was their first joint venture. “Spy Dust” is recommended reading for new recruits in the US Intelligence Community agencies and is often part of the curriculum for would-be officers in the intelligence community.

Jonna was born in Kentucky where her family dates back six generations in Taylor County. She graduated from high school in Wichita, Kansas and attended college at Wichita State before finding her way to Germany where she lived for several years, working for Chase Manhattan Bank in Frankfurt. She was recruited into the Central Intelligence Agency in Europe in 1966.
For many years she lived under cover and served tours of duty in Europe, the Far East, and the Subcontinent, as well as at CIA Headquarters. She joined the Office of Technical Service in the 1970’s and within a few years she was back overseas as a Technical Operations Officer with a specialty in clandestine photography. Her duties included the preparation of the CIA’s most highly placed foreign assets in the use of subminiature spy cameras and the processing of the intelligence gathered by them. It was during these years abroad that she began developing her creative photography skills as well.

Early on Jonna’s potential as a future leader and senior officer was well recognized by OTS management and she was picked for several extensive training programs given to the future leaders of CIA and given assignments that allowed her to use her ever broadening skills. She began as a woman in a man’s world and watched that change during her career. She was selected for a year long program designed for only a few officers with high potential. At the end of this tenure she was given her pick of several assignments and chose to go overseas once again to work in technical operations throughout a broad area of South and Southeast Asia as a generalist in Disguise, Identity Transformation and Clandestine Imaging.

Upon returning to Headquarters she was assigned to Denied Area Operations for disguise. This took her to the most difficult and hostile operating areas in the world where she and her colleagues matched wits with the overwhelming forces of the KGB in Moscow, the Stasi in East Germany and the Cuban DGI. Meanwhile she continued to be selected for the most prestigious training and career development assignments and was promoted to Deputy Chief of Disguise Division. Only three years later she was made Chief of Disguise. As Chief of Disguise Jonna ran a multi-million dollar program with a staff positioned around the world. She retired from the government in 1993, earning the CIA’s Intelligence Commendation Medal.

Jonna continues to act as a consultant to the U.S. Intelligence community. She has lectured with her author/husband Antonio Mendez to various World Affairs Councils, colleges and universities and at the US Defense Intelligence Agency at the Joint Military Intelligence College. Together they have participated in two Discovery Channel programs, the second featuring them exclusively. These programs document the espionage exploits of Jonna and her husband, who was also CIA’s Chief of Disguise. She is a founding member of the Board of Advisors at the International Spy Museum in Washington, D.C.

She and her husband, fellow CIA officer Antonio J. Mendez, have written three books together; in addition to “Spy Dust,” they have also written “Argo,” the story of Tony’s rescue of 6 American diplomats from Tehran during the Iranian revolution. “Argo” was made into an Academy Award winning movie that won Best Picture in 2013. Additionally, they have just completed “The Moscow Rules,” a book about their experiences working for the CIA in Moscow during the Cold War. This last work will be released on 21 May 2019, and Jonna will undertake a national book tour to promote the book.

Jonna continues with her photography. She has had her images marketed by the La Madeleine Restaurant chain nationwide. She has also had a one-woman show at Hood College and at other galleries and an exhibition of French images on display in New York City at La Bonne Soupe restaurant. Her work is available at galleries and shops in Virginia and Maryland and at annual exhibitions at Pleasant Valley Studios in Maryland.

Jonna served on the Board of Directors of La Gesse Foundation, a non-profit organization that partnered with Johns Hopkins University’s Peabody Conservatory in presenting American pianists in Europe every summer for twenty years. The musicians were also presented by the Princess Cecilia di Medici annually at Carnegie Hall every December.

Jonna was married to fellow fellow CIA officer and author Antonio J. Mendez and they had one child. 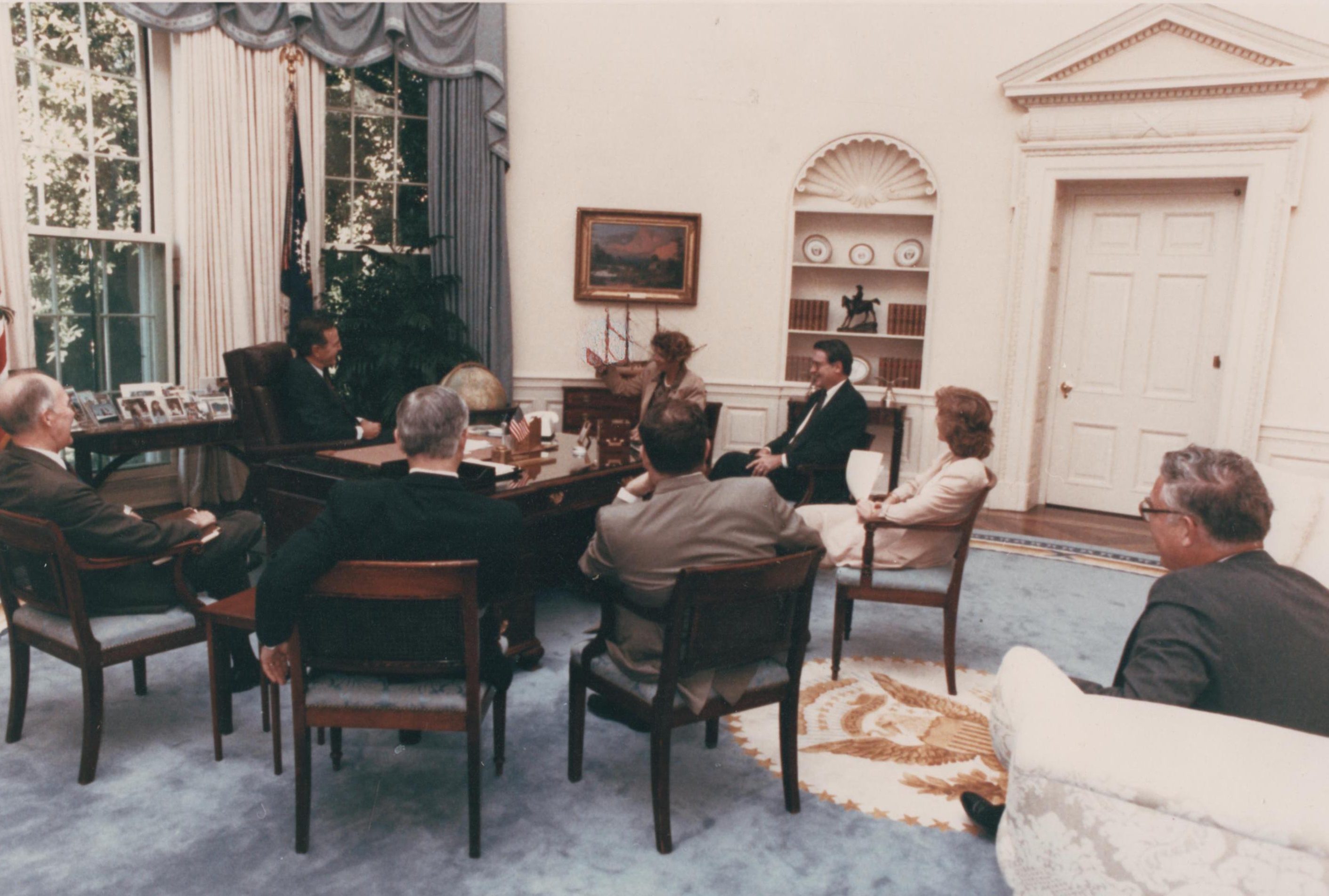 Jonna , an expert in clandestine photography, disguise, and false documentation, can create a quick ethnic change on demand. Here Jonna removes her “Dagger” disguise in the Oval Office. 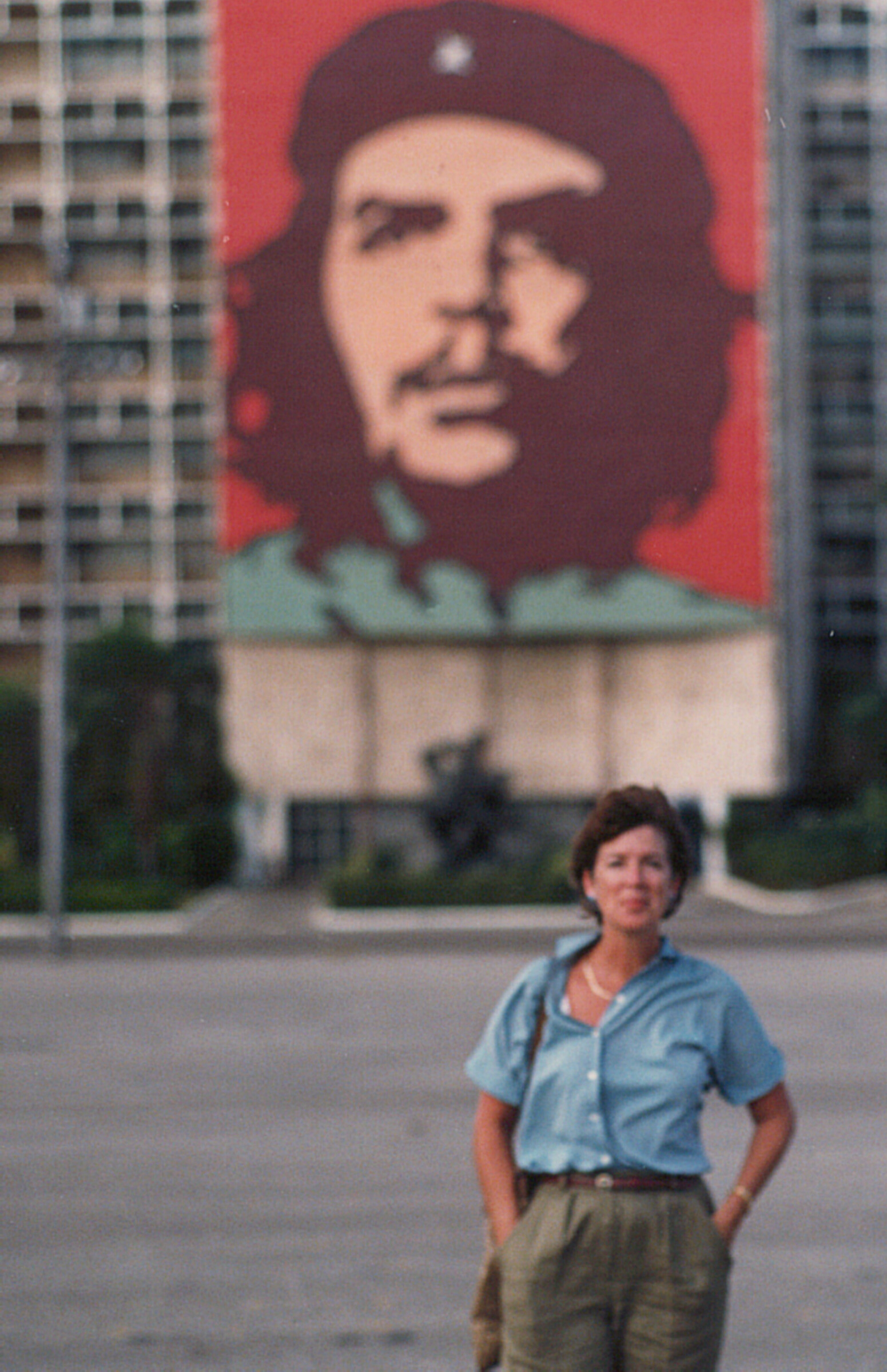 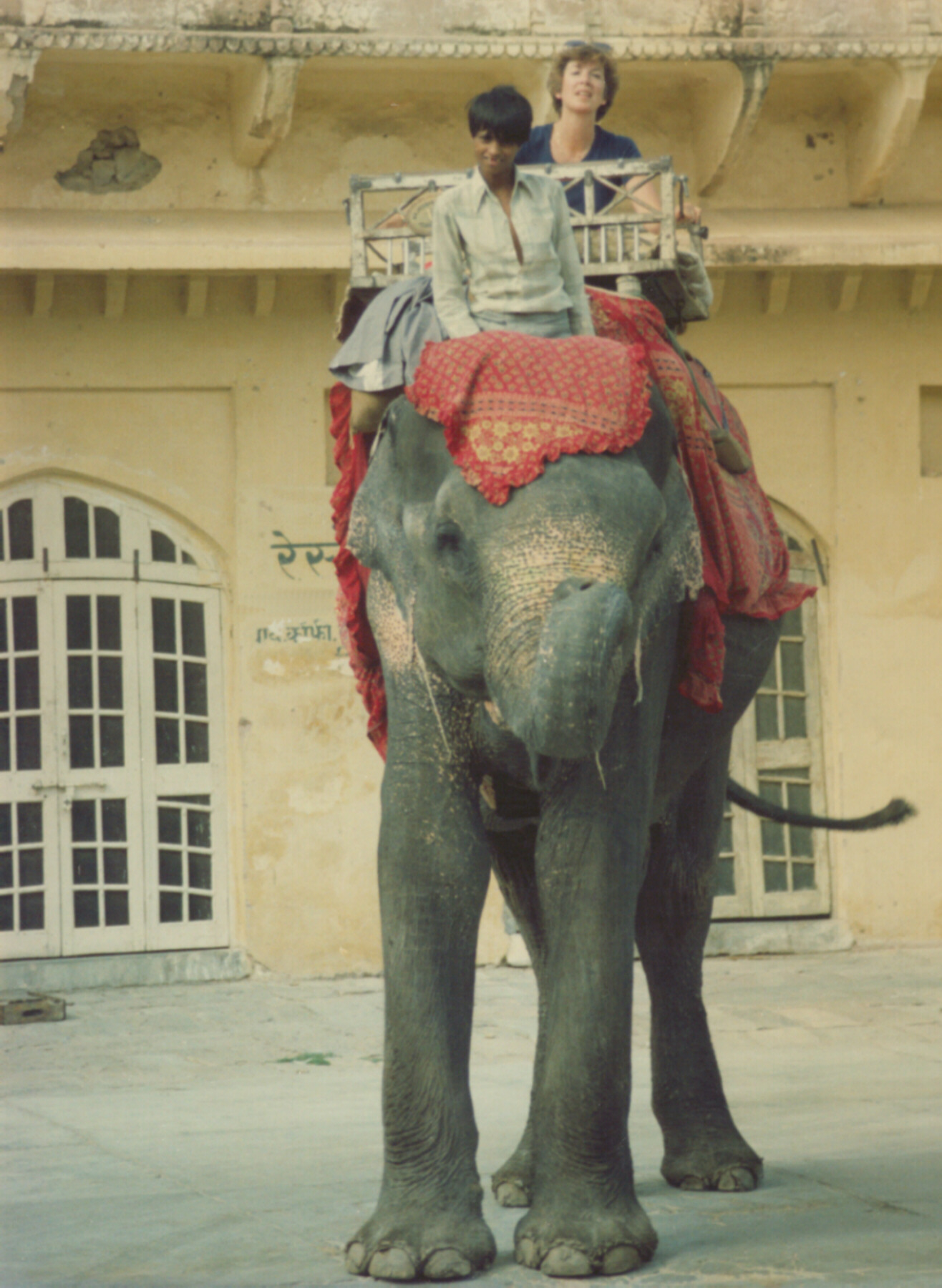